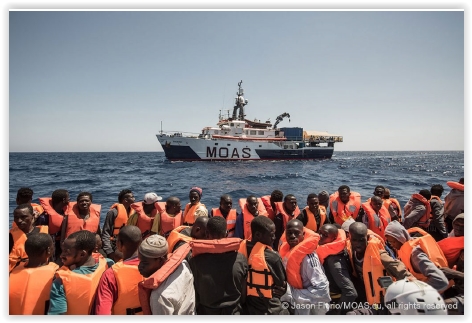 Most U3A members will know Peter at least from Zoom as the U3A talks coordinator during the Covid lockdowns. He is also active locally in the Digital Drop-In sessions.
He had a first career in the Royal Navy culminating in seagoing command of a number of submarines. After leaving the Navy, he joined the International Chamber of Shipping (ICS) rising to be its Secretary General. The role of ICS is to advocate on behalf of international shipping across United Nations’ and governmental organisations. During this time he oversaw the introduction of international air pollution and climate change regulations for all ships engaged in international trade. Following retirement, he has become engaged as a trustee with a number of international charities including MOAS.